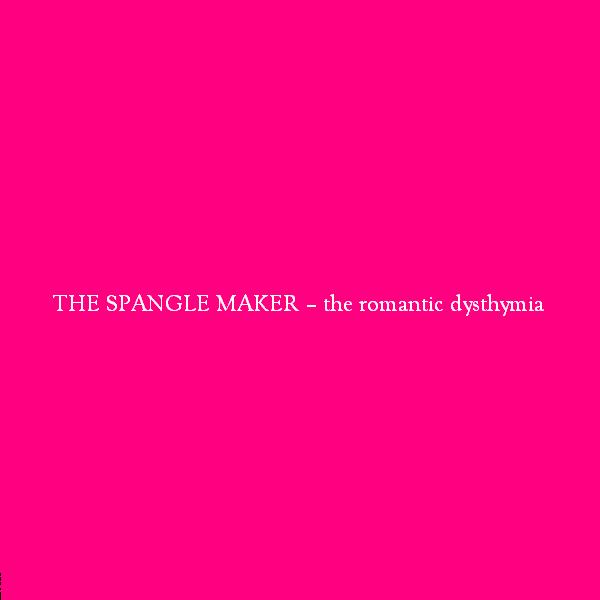 by
The Spangle Maker

Produced and performed by THE SPANGLE MAKER

All songs written by DEREK POWER
except for "Under the London Ravine" by NATALIE GARLAND and DEREK POWER
and "Double Depression on the City Streets" by DEREK POWER and ANDREW THOMPSON
All songs published by P ET V MUSIC (ASCAP), administered by djproject MUSIC PUBLISHERS

(c)(p)2007 the djproject Group.
This recording has some rights reserved. This rendition may be shared and distributed as long as licenses and credits remain attached.

For best listening experience, it is suggested that headphones are to be used at a reasonable volume.

Reviewer: Douglas (the Cyborg) - favoritefavoritefavorite - May 27, 2008
Subject: It was okay
I must say I enjoyed the last track the most, partly because it did not possess any vocals. The male vocalist probably would rather sing well than the way he sang on this recording. Overall this project is pretentious, what with the long songs and the description as both "ambient", "depression", and "song cycle". I like pretention, I can handle depression, but occasionally this EP went across the line into deflation, especially in the third track.
Reviewer: amphi - favoritefavoritefavoritefavoritefavorite - April 17, 2007
Subject: thoroughly enjoyable
those of us that aren't bitter asshats (see: below review) will probably get a kick out of this. i nearly got into a car accident listening to "to the sweet farewell," it pulled me in so much that i totally lost track of the car in front of me, nearly rear-ended it. oops! that's good listenin', though. i can definitely hear the trace/vangelis/cure fusion going on here and i love it. very moody, meditative music; great for concentration or deep contemplation -- but perhaps not so great for driving ;)
Reviewer: lemonheads - favorite - April 15, 2007
Subject: blaaaah
Kind of draining, kind of lame. It's like you got someone to play a plodding, repetitive beat on a casio and a girl to try to sing "dreamy" but it's just pitchy and a dude that can't sing at all. I know a lot of great, popular acts have a dude that can't sing, but usually at least that guy will have a personality and be able to write songs (think M. Ward and Jeff Magnum) If all you're gonna do is be really boring and not at all original, why bother? This music is very, very cold- it feels false and lacks any real human emotion. If that was what you were going for- music for robots- congrats! This reminds me of an awful sleeping/anxiety pill I used to take- it made me drowsy but never made me sleep, and I'd wake up from half-sleep angry and exhausted. You're promising us dreamy, mysterious, haunting beauty for a European dance club and giving us cheese and crackers at a dude named Pierre's house October 31st somewhere in middle America. "Wow", you may say "Pierre, the fake cobwebs really add a spooky effect to your maison, dude!" Then he'll take that to heart and never try any harder, like rigging red dye and Karo syrup to run from his bathroom faucets at his next Halloween shindig. Right now you're Pierre- don't be Pierre. At the very least, I hope you all had a lot of fun making this... cuz babies... we ain't havin' no fun listening to it!
Reviewer: krisa1 - favoritefavoritefavoritefavorite - April 9, 2007
Subject: Loved It!
Just loved it! The Spangle Maker is so refreshing compared to all the pop stuff on people's play lists. It has it's roots in the best of the Techno 80's, and New Age Groups from the 90's, yet it's a NEW sound. The 2000's need a new sound and I think The Spangle Maker is it.